Romantic Castle Karlstejn is a Gothic Castle founded in 1348, located not far from Prague. It was built by Czech King and Roman Emperor Charles IV as a place for safekeeping of the royal treasures, especially Charles's collection of holy relics and the coronation jewels of the Roman Empire. Karlstejn belongs to one of Czech Republic’s most famous castles and until today has kept its monumentality and beauty. The castle which is hidden from three sides by wooded hillsides is attracting more and more visitors each year and is a majestic place to say your I do’s.
Wedding ceremonies are held in the ceremonial rooms of the Burgrave’s Residence. 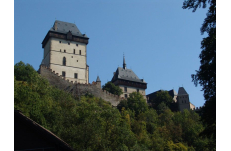 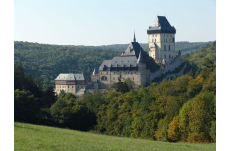 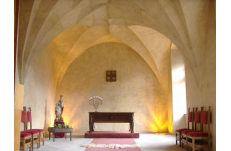